Everyone Remembers Their First Time

on April 13, 2020
So for the past 2 years or so I've been developing a new hobby, fly fishing. I've always fished in one form or another since I was a kid. It was never a real passion, more like a "don't forget your fishin' rod we're going camping" kind of fishing. Like an activity while you're out there as opposed to the reason to be out there.

This was different. Maybe it's because the boys are getting older and I needed a new hobby. Maybe it's because my family spends more time camping then we used to, I could have picked a million different activities but for some reason fly fishing resonated with me. I like the solitude, I like the hypnotizing quality of the casting, I like the fact that you're encouraged to put on your chest waders and get right in the water and explore, I like the catch and release ethic that most of the fly anglers that I've met have, I like the fact that I'm making my own lures, or flies, out of little bits of fur and feather tied around a little hook. Like I said, the whole thing just resonates with me. Aside from actually fishing I spend a lot of time reading books, listening to podcasts, watching videos, etc.... Yeah, I'm a HUGE geek. I make no apologies.

Most times when I get out on the water the actual catching of the fish is secondary, getting out there, the whole routine, picking the spot, mastering that cast, locating the fish and trying to outsmart him and convince him to take my fly are three quarters of it for me. Whether I actually land said fish is a bonus. Yeah, like I said, GEEK.

So of course when I caught my first trout I had to pen my own Iliad, a story to span the ages. And seeing as this is my blog and deals with loving, using and protecting the waterways in the 716, I figured it was appropriate to share my story with you. (Apologies for the jargon if you don't understand. Here's a Glossary)

Wanted to tell you about my FIRST trout. Last Sunday I hit this muddy little creek close to my house that empties into Lake Erie, as a matter of fact that's what it's called, Muddy Creek. Never would have thought it would contain trout but I watched a kid the week prior pull a little rainbow out of the creek on a fly rod so I was excited and intrigued to give it a try.

It's sublime when all the podcasts, all the information that I've been soaking in for the last year or so gels together and you finally understand what everyone is talking about. My experience so far has been pan fish and bass so stalking a bonafide trout was a long time coming.

So I put on my mud boots, strung my 6 weight with a self tied wooly bugger, crimped the barb and set upon my task in this swollen, muddy mess. Had to side cast to get it out there, too many overhead branches for a traditional, pretty overhead cast. One cast, strip. Another cast, slower strip. After a dozen casts I felt a little tug on the end of my line. Huh? What's this? My pulse quickened as I set the hook and slowly stripped the line in so as not to lose this little treasure. As the line turned to leader and leader turned to tippet I discovered a nice little 6-8 inch rainbow trout hooked into my wooly bugger. "It's a little stocker" said a gentleman dismissively who had been watching me from the far bank. Didn't matter. It was a trout and it was MY trout.

As I was bringing it in all the book and podcast info I'd been stuffing myself with came flooding back. Keep it in the net, keep it in the water, wet your hands before touching it. The crimped down barb will make it easier to remove the hook. And it did. I was so excited I almost forgot to pull my phone out of my back pocket for the money shot, but at the last moment spent another 20 seconds or so documenting the occasion. After all this I gently placed him back in the water and he swam away. Made my day, made my week. 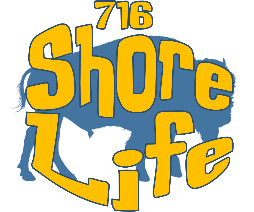 We live in a pretty cool area. From the Pennsylvania border to Barker, NY near Lake Ontario we've got some pretty spectacular water access, over 120 miles worth here in the 716 area code. And that's just the start. We've got lakes, rivers, creeks, canals and any number of ways to spend some quality time on a body of water. We flock towards the water in all seasons, whether we're swimming, fishing, boating, jet skiing, kayaking, canoeing or just hanging out in close proximity. We live it, we love it, it's in our DNA. We use it and we care for it. Any chance we get.  If you feel the same like our facebook page, follow our instagram page and let us keep in touch. We point out great things to do, great people to know, great events and causes to support and great ways to get involved. Stay tuned for what we become. It's our life, a Shore Life, in the 716. Thanks for listening... 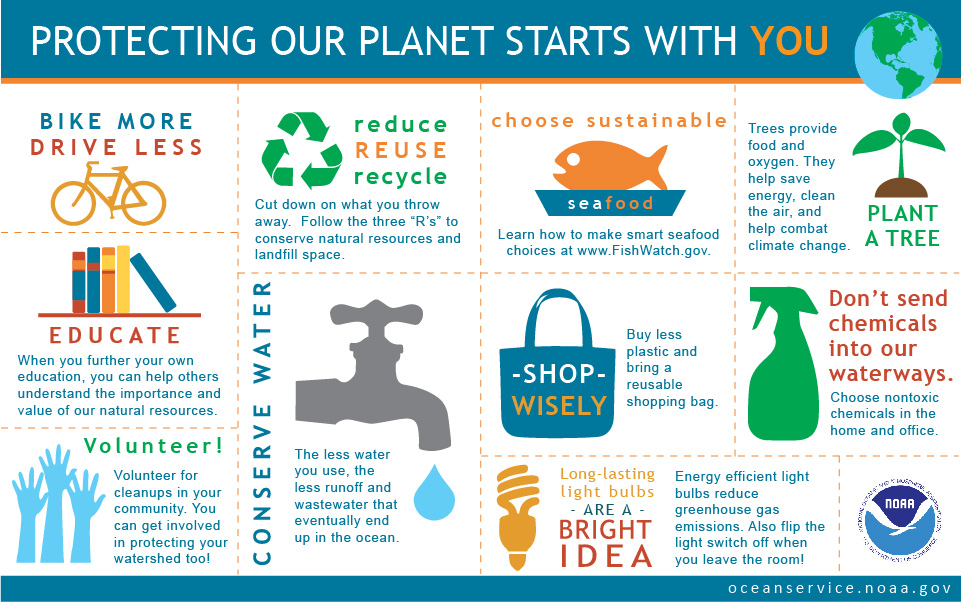 Ten Simple Things You Can Do To Help Protect the Earth.

Pick one or two, everything helps! Ten Simple Things You Can Do to Help Protect the Earth (from noaa.gov) Reduce, reuse, and recycle. Cut down on what you throw away. Follow the three "R's" to conserve natural resources and landfill space. Volunteer . Volunteer for cleanups in your community. You can get involved in protecting your watershed, too. Educate . When you further your own education, you can help others understand the importance and value of our natural resources. Conserve water . The less water you use, the less runoff and wastewater that eventually end up in the ocean. Choose sustainable . Learn how to make smart seafood choices at  www.fishwatch.gov . Shop wisely . Buy less plastic and bring a reusable shopping bag. Use long-lasting light bulbs . Energy efficient light bulbs reduce greenhouse gas emissions. Also flip the light switch off when you leave the room! Plant a tree . Trees provide food and oxygen. They help save energy, clean the air, and help com 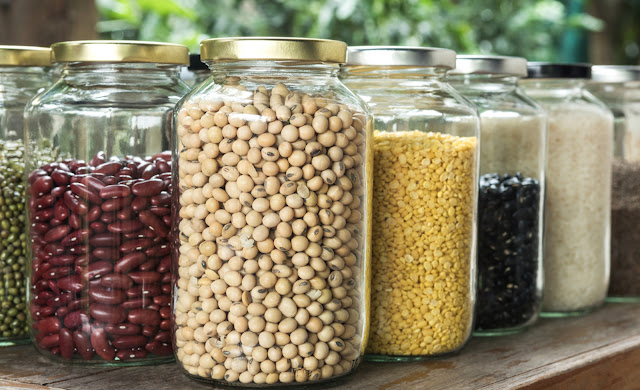 Ten Home Items You Can Reuse Over and Over Again!